I have an xB it just passed 294k, and I've had a P0011 code for a while, apparently I fixed it because the last obd read I did doesn't have it but I still have similar symptoms, loss of power, that "open" sound around 3.5k isn't really there, a slight fluttery idle, but if I didn't surpass like 45mphish for an extended period of time the light would come off and I'd have vvti again for about 30 minutes of highway driving.

But lately it's been constantly on and I had it scanned by AutoZone today and it recommended to replace the EGR Vacuum Solenoid, I was wondering if this is the thing it's talking about, and where I could find one as Google results look different from what I have, plus there doesn't seem to be any videos for the 1nz to fix it.

04_Toaster said:
i believe this is the one to look for......under engine cover somewhere? can't tell from pic but i think so..... 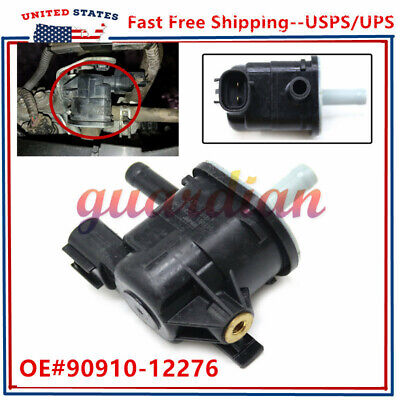 Hey I appreciate it, I can take a look and see where that might be, the listing has a pic of where it's supposed to be 👍

04_Toaster said:
that is purge valve for evap.....deals with tank vapors. egr is exhaust gas and would be a different unit between exhaust manifold and throttle body. On my mazda, carbon would start making that egr valve not close and would cause car to die at idle. cleaning the carbon out of egr with brake cleaner was the fix. not sure this would be the case for the xB tho...
Click to expand...

Well this is a revelation, apparently I don't have an EGR valve? At least according to this picture, where it's setup on my car is to the purge valve, and on this other car it's to the EGR thing I'm supposedly supposed to replace, afaik it's been like that for 2-3 years I've had the intake on and I've only started having issues recently..

You can test the purge valve by sucking on the hose nipple and see if it holds pressure on your tongue. If air passes thru it or doesn't hold suction then valve is bad but the electric part could still be bad. Check the connection to it and make sure both wires are intact on the harness side at the plug. It is fairly common for one to get pulled loose from plug. You can also buy the plug connector separately and splice it into harness if that is the issue. If inconclusive just get new valve. They aren't crazy priced.
Click to expand...